The women's basketball program has been the standard-bearer for the Hatters, qualifying for NCAA postseason play in each of the past four seasons. In 2013-14, Stetson won a school-record 27 games, including the first NCAA postseason game in program history. The Hatters have won more than 90 games, two Atlantic Sun Championships and have made two NCAA Tournament appearances in the last four years.

The softball and sand volleyball programs each won Atlantic Sun Championships in 2014. The softball squad compiled a record of 39-14 overall, including a 4-0 mark in the A-Sun tournament to win their first conference title since 2007.

In just their third season of competition, the sand volleyball program won four consecutive elimination matches to win the A-Sun title, which carried an automatic bid to the AVCA Collegiate Championships. As one of just six teams to qualify, the Hatters competed against Florida State and Southern Cal in the national championship.

The Stetson football program made its return to the gridiron in 2013 after a 57-year hiatus. The Hatters defeated Warner 31-3 in front of a sell-out crowd at Spec Martin Stadium.

Stetson is a perennial power in baseball, having qualified for NCAA Regionals 17 times. Men’s tennis has attained national rankings throughout the past several seasons and women's tennis played for the conference championship in 2014 after winning a program-record 10 straight matches in the regular season. 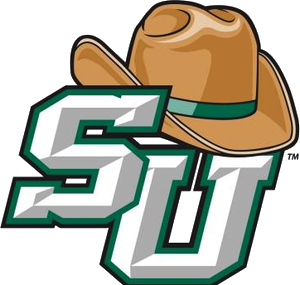